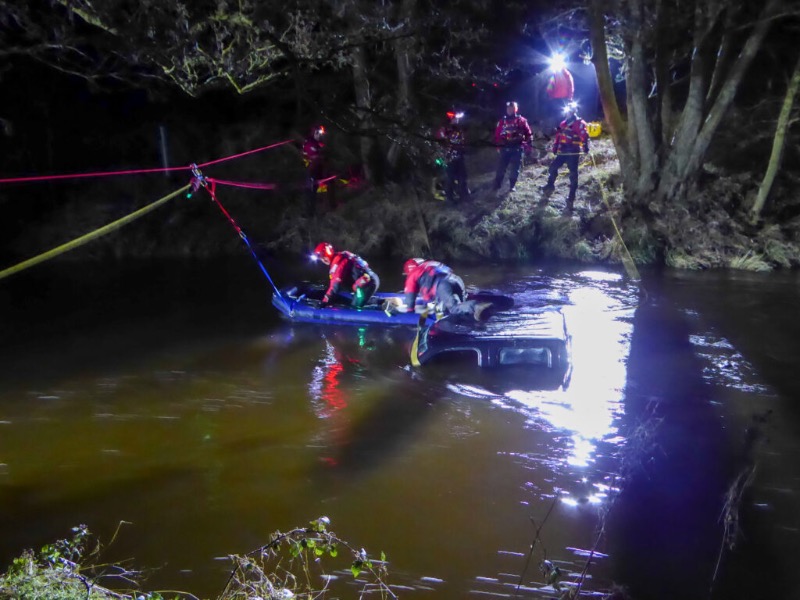 Photo by Cleveland Mountain Rescue
Glaisdale & Westgate Fords - Floodwater Incidents
18/01/2021
As the January floods affect many areas of the country the driver of a Ford Ranger abandoned his vehicle after a failed attempt to cross Glaisdale Ford, North Yorkshire, whilst it was in spate.
Emergency services were on hand and the Cleveland Mountain Rescue Team secured the vehicle to a tree to prevent it being washed further down stream.

Meanwhile at Westgate Ford on the River Wear in County Durham a Morrisons supermarket delivery driver was rescued from the roof of his van after he "careered" off the road on 19th January.