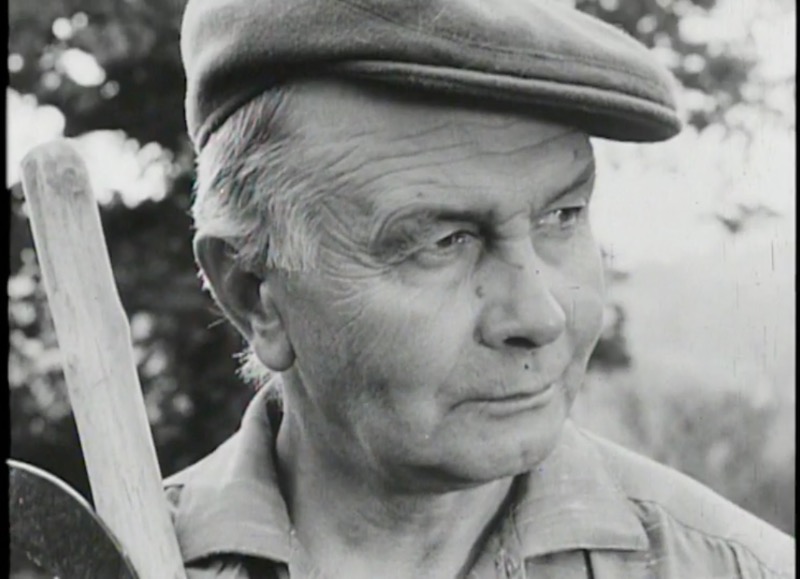 Borrowed Pasture
More on the farm at Pen-y-Gaer
27/06/2020
I was recently contacted by Christopher Cytera regarding my article on the 1960 BBC film 'Borrowed Pasture' narrated by Richard Burton. He too was interested to know what became of the two Polish war veterans and the derelict farmhouse at Pen-y-Gaer in Carmarthenshire. You can view the full story at his Twitter feed @KrzysztofCam but here is Christopher's own account:

" I have done some research and have some answers.

My English translation is here. [My own explanatory comments are added in square brackets]:

Richard Burton's 1960 documentary tells the story of two Polish soldiers living on an abandoned farm in Carmarthenshire.
Eugeniusz Okolowicz and Wlodek Bulaj are soldiers of the Polish Armed Forces in the West, who after The Second World War found refuge in Wales. They settled in an abandoned hillside farm that had been uninhabited and destroyed for more than 20 years. The film was produced in 1960.
Checking all available databases I found the following information:
Eugeniusz Okolowicz was born in 1895. His father was Peter. According to the database of the Military Historical Office, Eugene was a sub-commissioner before the war. On September 19, 1939, he was arrested in Mejszagola [by the Russians]. From July 13, 1940, he was in the Gulag in Kozielsk, later in Griazovec. On 3 September 1941, he was released from the Gulag [after the USSR changed sides] and joined the Anders Army in Tatiszczewa.
Eugene died three years after the film aired in April 1963. Vladimir Bulaj died just a few months later at the age of 57. I hope we can locate them soon. [may be a reference to graves, I am not sure]
In the film also appears father Stanislaw Potoczny. [the priest]
Photos are from "Borrowed Pasture” on BBC iPlayer.

There was also an online discussion about it on an online farming forum a couple of years ago:

It is clear that not many people here understand the history behind this and why these men were there, but on page 2 an enlightened Farmer sets them straight:

What this probably means is that they never saw their families again, sadly. They probably missed out on British Naturalisation, which I know from my grandfather was only granted from 1960. My grandfather only got his British passport in 1965, prior to that he had only an “Alien Identity Certificate” only recognised in the UK, so he could not travel with it. So he and all the 250,000 other Poles, like these two men, were marooned in the country providing them sanctuary for nearly 20 years."