Is Anybody Able To Identify This Ford From 'The Go-Between'? 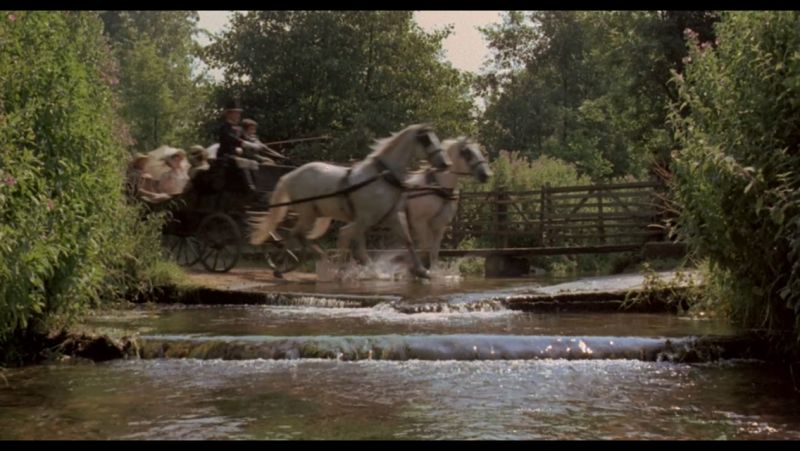 The Ford in 'The Go-Between'
Can anybody please identify this ford for me?
09/12/2013
The attached image shows a scene from the film 'The Go-Between', the 1971 Joseph Losey (Director)/Harold Pinter (Screenplay) film starring Julie Christie and Alan Bates, from the 1953 book of the same name by L.P. Hartley. The film is set predominantly at Melton Constable Hall and at Heydon/Thornage in Norfolk.

But where is the scene depicting this ford set?

Puzzle solved. I have now spoken with the family who live next to the ford at Hunworth who remember the filming as the carriages came down the hill beside their cottage and over the ford:
Hunworth Ford
Next
Previous